God bless America indeed. Richard "Cheech Marin" and Tommy Chong already had a well-established stage act when they made the jump from hit albums to low-budget movies. This film and these characters established the standard for dope-crazy comedy. 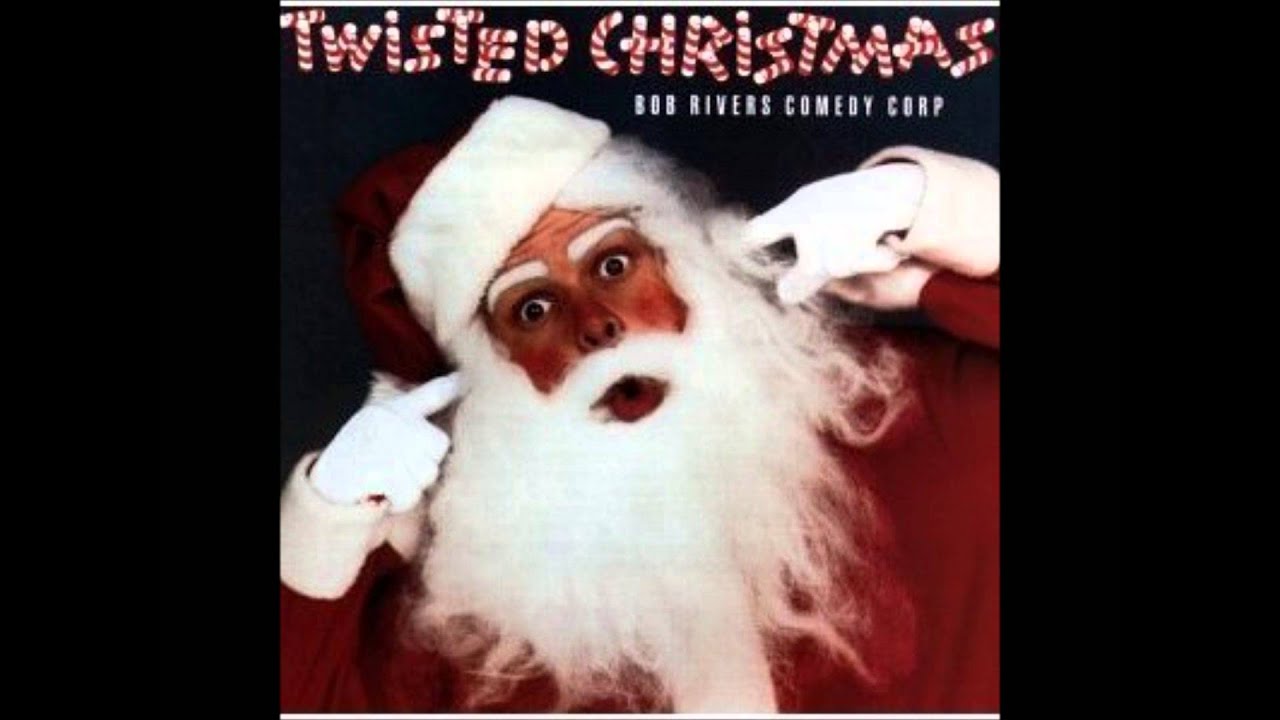 Just take a little deadpan patter, stir it into some broad slapstick, and bake it in a sweet marijuana haze. A hero in his own mind and an idiot in everyone else's, Carl may just be the assistant groundskeeper at Bushwood Country Club, but with a little luck he's pretty sure he could be head groundskeeper in six years. Bill Murray lent Caddyshack' s marble-mouthed buffoon just enough acidity that he became this classic comedy's coolest character.

Powered by his own special strain of marijuana combining different types of golf-course grass, Carl may have vowed to kill every gopher in sight, but he's really just a chill dude, gettin' high and checkin' out the grannies putting around the green. Sean Penn's performance is based as much on SoCal beach bums as high-school burnouts, but Spicoli's lateness, spaciness, and in-class munchies still mark him as a connoisseur of the green. Say it with us: "That was my skull! I'm so wasted! They moved away from the tie-dyed granola vibe, instead depicting bud-lovers as preternaturally chill dudes who stay centered even while their peers and teachers are stressed.

That's what makes Spicoli so funny and so weirdly admirable — accent on the weird. Epitomizing the stoner as visionary philosopher, Slater is the sort of dude who's real fun at a party — just be careful once he starts going into one of his riffs on the plight of the Native Americans or the unheralded American hero Martha Washington.

Dazed and Confused practically reeks of sticky-icky, and Rory Cochrane turns the burnout into a lovable, thoughtful guy, showing how, for some people, pot's not just a pastime but a conscientious objection to living life as a total square. Cochrane was once asked what frightened his high-school toker. Let's just hope this starry-eyed kid didn't grow up, get disillusioned and become a Donald Trump supporter.

Brad Pitt was a self-admitted pothead in his early years, and you can see him channeling his former stoned glory as True Romance' s bloodshot-eyed comic relief. Crashing on the couch and watching shitty movies on TV, Floyd is a hilariously out-of-it bum, nonchalantly offering angry, armed mobsters a hit from his handmade bong made of a plastic honey bear when they barge into his home.

We have no idea whether actor and philanthropist Chris Tucker has ever taken a toke of weed in his life. But we do know this: his broke-ass street-dealer Smokey comes across as believably baked — from his paranoia that gangsters are after him to his giddy delight at seeing a bully get "knocked the fuck out.

He's funny, he's loyal … and he knows his bud. As played by Bridget Fonda with sleepy eyes and a naughty smile, this Quentin Tarantino character is equal parts stoner and sassiness. When her boyfriend Ordell chastises Melanie that too much weed will sap her ambition, her response — "Not if your ambition is to get high and watch TV" — is punctuated with such a mischievous, knowing laugh that it makes her laidback lifestyle seem superior to any other.

Especially if you can spend more time around her. Our hero — who's totally cool with you calling him the Dude or El Duderino — rambles his way through a kidnapping plot whose off-kilter vibe is partly sparked by his mellow buzz and profoundly whatever's-clever worldview.

Before Joel and Ethan Coen's stoner-noir classic, Jeff Bridges was merely known as an excellent character actor. After Lebowski, his onscreen persona was indelibly tied to this iconic role — you can see a little bit of the Dude's drugged-out bliss to everything from Tron: Legacy to his Oscar-winning turn in Crazy Heart. A lot of pot-smokers are intelligent, productive members of society — and then there's these knuckleheads. Critics savaged Half Baked at the time for its lazy jokes, but that was sort of the point: These buddies' moronic plan to sell a strain of super-weed to tokers in order to bail their friend out of jail is the sort of scheme you could only hatch while being stoned out of your gourd.

For stoners convinced that weed makes them smarter, How High offers a reasonable explanation: It's the fertilizer, man. Every element of this show works beautifully together. His dialogue is punchy, funny and often lands with a sting. While most of the characters exist to orbit Jamie, they still have their own stories and these are crisply told.

Writers Irene Sankoff and David Hein cook up the straightforward world of the Newfoundland town of Gander using a very straightforward set of ingredients. The cast wear sensible shoes and lumberjack shirts.

They tramp across a wood-decked stage that evokes the huge skies of their tiny island. This is a moment where 7, temporary arrivals join a community of just 9, people. Logistics might not be the sexiest of topics for a musical, but one of the many surprising joys of this show is how gripping it makes things like the struggle to rustle up transport at a time when the local school bus drivers were on strike and had to be coaxed into crossing the picket line.

Then there are beds, food, medication and interpreters to be sourced for passengers from across the world: one non-English-speaking couple communicates by cross-referencing Bible verses. Based closely on interviews with real Newfoundlanders, this is a picture of a community that stretches itself to bre. But there was a lot of hype around penicillin. And that worked out pretty well. Here it works brilliantly, because Miranda — who wrote everything — understands what mainstream audiences like about hip hop, what mainstream audiences like about musical theatre, and how to craft a brilliant hybrid.

It is a bit of a sausage wand? The film world continues its love affair with werewolves, vampires and all things 'Twilight'. But theatre types have always known witches are where it's at. But this stylish and bombastic musical still delivers, sailing over its patchy score thanks to a gravity-defying performance from its current leading lady Rachel Tucker, as the intense green-skinned undergrad who goes on to become the Wicked Witch of the West.

In the midst of a gigantic production full of bangs, bells and whistles Tucker, with her small frame and searing vocal ability, simply flies off with the show.

She's closely followed by Gina Beck, who plays good girl, Glinda. Glinda and Elphaba's relationship forms the heart of this story and, as the Good Witch, Beck is a consummate clown, playing up the silliness of her character at every turn. But she can raise a tear, too, and her final duet with Tucker, 'For Good', is genuinely heart-rending. The Tim Burton-inspired ensemble oscillate between the hypnotic and grotesque and a sweet but thin voiced Matt Willis charms as the rather superfluous Prince. As in classical ballet, this is all about the women and, even by previous lead Idina Menzel's standards, they are in soaring form here.

'Countdown with Keith Olbermann' for January 6

The obnoxious ma and pa of its titular, gifted, pint-sized heroine are not, of course, quite so doting. But 'Matilda' must be making its creators, playwright Dennis Kelly and comedian-songsmith Tim Minchin, a very pair of proud parents. Opening to rave reviews in Stratford-upon Avon before transferring to the West End in and snatching up Olivier Awards with all the alacrity of a sticky-fingered child in a sweetshop, Matthew Warchus's RSC production remains a treat. With hindsight, Kelly and Minchin's musical, born of the novel by that master of the splendidly grotesque Roald Dahl, is a little too long and, dramatically, a tad wayward.

But like the curly-haired little girl in the famous nursery rhyme, when it is good, it is very, very good. And it's even better when it's horrid. The past few months have seen some cast changes, including, alas, the departure of Bertie Carvel's tremendous Miss Trunchbull, headmistress of the dread Crunchem Hall School, former Olympic hammer-thrower and a gorgon of monumental nastiness, complete with scarily Thatcher-esque tics of purse-lipped gentility and faux concern.

David Leonard doesn't quite match the squirm-inducing, hair-raising detail of Carvel in the role, but his more butch, granite-faced version is fantastically horrible nonetheless. And if Paul Kaye as Matilda's loat. The story of a bungled jewel heist in a sleepy Minneapolis bank branch, it features a host of hilarious but well-drawn characters who roar across the stage and tumble into disaster after disaster, each one more elegantly drawn than the last.

The posters have been plastered around the London Underground for years — long enough for this show to become the most successful musical of all time — but nothing prepares you for the sheer impact of 'The Lion King's opening sequence. With the surge of 'Circle Of Life' reverberating through your chest, Julie Taymor's animal creations march on, species by species. Gazelles spring, birds swoop and an elephant and her child lumber through the stalls.

It's a cacophonous cavalcade that genuinely stops you breathing. You'd think Noah's Ark had emptied onto the stage. For a global blockbuster, 'The Lion King's absolute theatricality is astonishing. Techniques from all over the world — African masks, Japanese Kabuki costumes, Malaysian shadow puppetry — are smashed together in an explosion of spectacle.